The Qatar Financial Centre (QFC), one of the world's leading and fastest growing onshore business and financial centres, has partnered with B-Hive to develop the financial technology industry (FinTech) in Qatar.

A memorandum of understanding (MoU) was signed by Yousuf Mohamed Al-Jaida, Chief Executive Officer, QFC and Wim De Waele, CEO and Managing Partner, B-Hive. The ceremony was also attended by H.E. Dr. Bart De Groof, Ambassador for Belgium to Qatar. The MoU highlights the QFC's commitment to the national FinTech agenda set by the Qatar Development bank, which aims to attract international FinTech ecosystems to Qatar.

B-Hive is a European collaborative innovation FinTech platform based in Belgium that brings together major banks, insurers and market infrastructure players to leverage the opportunities offered by digital transformation for the financial services industry.
The fifth highest number of FinTech deals in Europe in 2017 took place in Belgium, which is a clear indicator of its significance to the global FinTech industry. The continued growth of the industry in Belgium is sizable, with Belgian FinTech firms raising over US $230 million in almost 60 deals in 2016 alone.

The global rise of the FinTech industry is also undeniable, which saw US $41.7 billion raised in the first half of 2018, surpassing last year's record total. The regional industry is booming as well, with the number of FinTech startups in the Middle East more than doubling from 46 to 105, between 2013 and 2015, according to the State of FinTech 2017 report. The number of startups in the industry is also expected to increase to 250 by 2020, demonstrating the growth potential of FinTech in the Middle East, as well as opportunities towards increasing financial inclusion.

We are very pleased we can now extend that network to Qatar and look forward to the exchange of knowledge.
Wim De Waele, Chief Executive Officer and Managing Partner, B-Hive

This partnership will facilitate cooperation on several aspects based on the promotion of business opportunities and knowledge sharing. The two entities will also work closely to discuss the latest trends in these disruptive technologies, legislation and other data, as well as the organisation of global activities to further promote the industry in both countries.

The agreement will also see the QFC and B-Hive contribute to the growth of FinTech-related communities by engaging with start-up support institutions as well as financial institutions and regulators. Furthermore, potential joint projects focusing on developing disruptive financial technologies will be explored, as well as the development of training and talent management programmes.

Yousuf Mohamed Al-Jaida, Chief Executive Officer, QFC Authority said:
"Global FinTech funding toped US$31 billion for 2017, according to KPMG, which brings the total global investment in the FinTech sector over the past three years to US$122 billion. These figures certainly demonstrate the growing importance of FinTech as well as the diversity of investment opportunities in the industry."
Al-Jaida added: "Our MoU with B-Hive is a reflection of our commitment to financial innovation in the financial sector and will undoubtedly contribute to developing the growing FinTech industry in Qatar, while leveraging the sizable investment opportunities available in this sector."

Wim De Waele, Chief Executive Officer and Managing Partner, B-Hive said:
"B-Hive from the outset was designed to build bridges between the different innovative regions with a strong financial or technology sector. We are very pleased we can now extend that network to Qatar and look forward to the exchange of knowledge and jointly creating fintech business between the partners in the network." 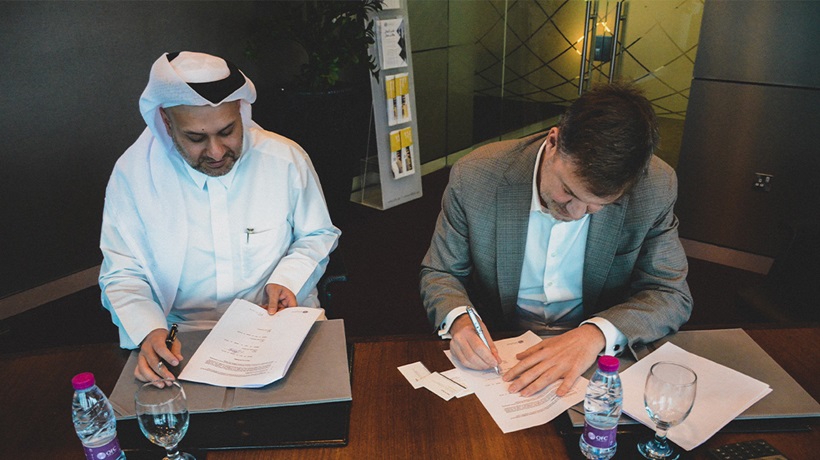 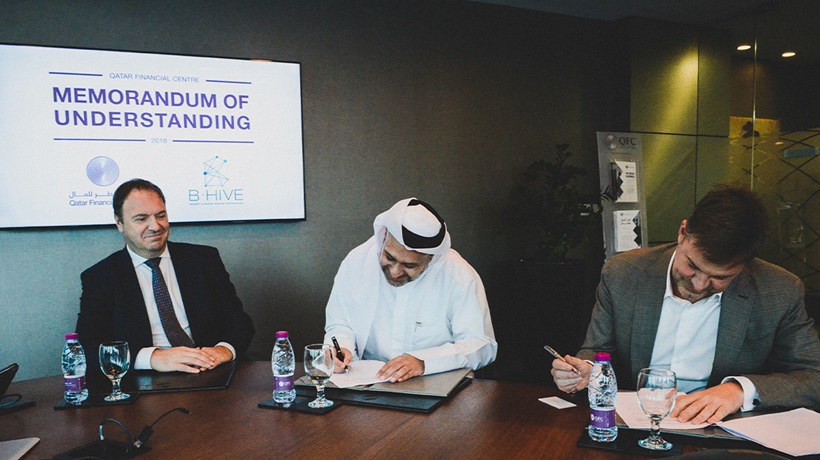 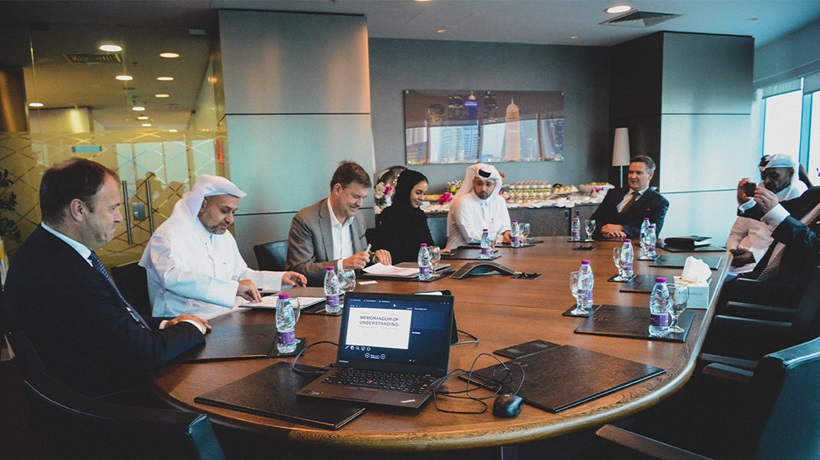 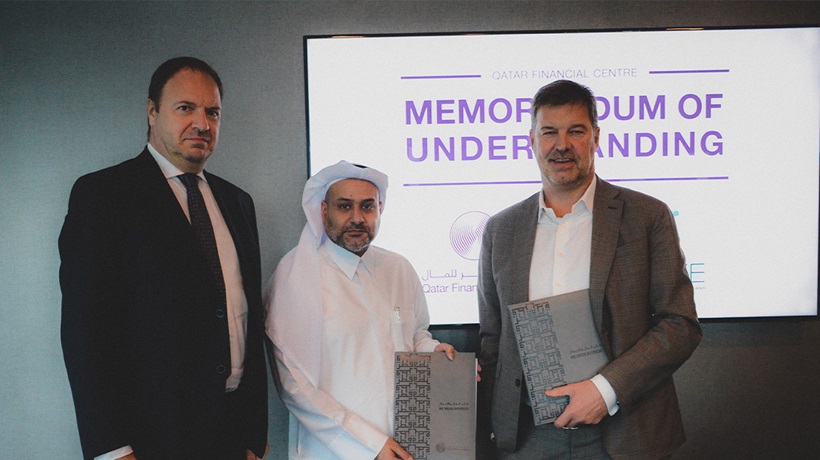 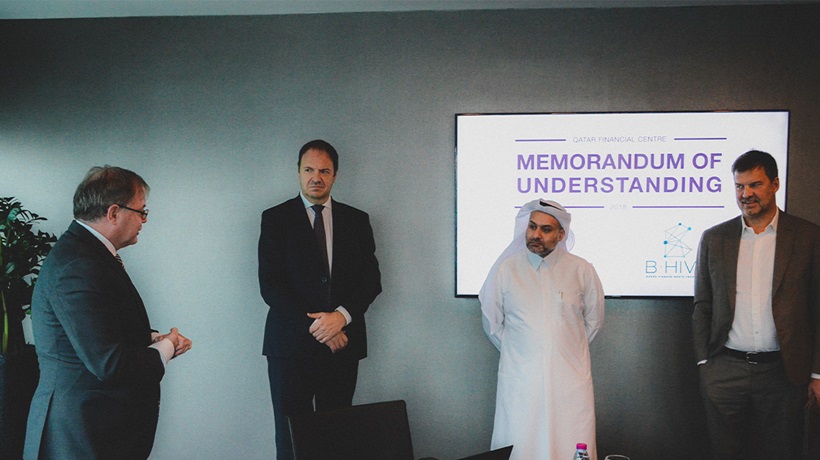 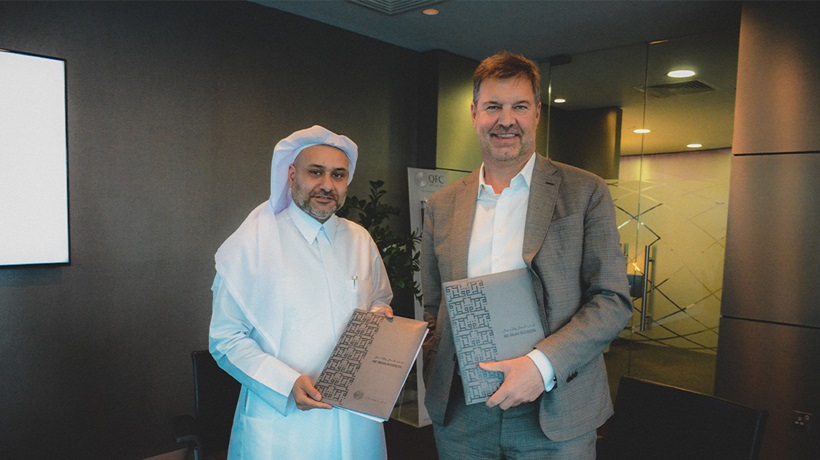 The QFC is an onshore jurisdiction, allowing companies to operate in and from Qatar within the QFC legal and tax environment. The QFC endeavours to promote Qatar as an attractive business destination. Companies that wish to establish a business in the QFC are guided throughout by a dedicated QFC relationship manager who assists in the process of obtaining a licence and offers support in matters related to operating a business in Qatar. QFC firms enjoy competitive benefits, such as working within a legal environment based on English common law, the right to trade in any currency, up to 100% foreign ownership, 100% repatriation of profits, 10% corporate tax on locally sourced profits, and an extensive double tax treaty agreement network with 60+ countries.

In addition, the independent Employment Standards Office of the QFC embodies a unique Administrative Employment Dispute Resolution Centre accredited by the International Labour Organization (ILO), providing conciliation and adjudication services free of charge to help resolve workplace conflicts. The ESO is fully aligned with the Qatar National Vision 2030 and aspires to promote international best practices in the field of human capital.

B-Hive is a European collaborative innovation fintech platform that brings together major banks, insurers and market infrastructure players. Together, we work on common innovation programs and build bridges between our corporate partners and our start-up and scale-up community members. We aim to put Brussels on the map as the smart gateway to Europe and leverage on the opportunities offered by the digital transformation for the financial services industry. We believe that building bridges between important fintech hubs and the Eurozone enables both European and non-European companies to grow and expand.